Cannabidiol (CBD) is a phytocannabinoid discovered in 1940. It is one of over 100 identified cannabinoids in hemp plants.

Cannabidiol (CBD) is one of the active ingredients in VIXEN CBD and it is a cannabinoid that naturally occurs in the Cannabis sativa L. plant. 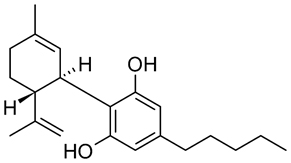 Full spectrum, or whole plant CBD, contains all the 100+ cannabinoids found in the hemp plant, including trace amounts (less than 0.2%) of THC, whereas CBD isolate contains CBD only.

It is important to note that not all CBD is created equal. Cannabinoids such as CBD can be extracted from hemp using several methods. VIXEN CBD uses cold pressing, which is an alternative to industrial extraction means such as the use of ethanol or CO2. The majority of golden coloured CBD oil on the market is extracted using CO2 or Ethanol. These extraction methods are widely utilized for their efficiency and ultimately their ability to mass produce. As well as this, most of the ethanol or CO2-extracted CBD oil on the market uses a carrier oil (such as MCT) rather than hemp oil used in VIXEN CBD.

Cold pressing, as used here at VIXEN CBD, is a slower extraction process and does not have the aesthetically pleasing golden colour of mass produced ethanol and CO2 extracted CBD. However, cold pressing yields superior results in terms of its nutrient content and low environmental impact.

Advantages include but are not limited to:

How to take CBD Oil

When taking VIXEN CBD Oil place the recommended amount under the tongue as shown below. 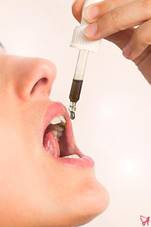 Leave the oil under your tongue (sublingual) for one minute and then swallow. This allows the CBD to be absorbed through the mucous membranes directly into the blood stream. Due to its natural earthy flavour, some people may wish to follow with a drink of water, yogurt or fruit juice.

We are happy to declare that our products are legal to be sold in the EU, as they are not classified as Novel Foods. As our technique of cold pressing the entire hemp plant has been practiced for decades and the resultant oil was consumed in the EU to a significant degree prior to 1997, the European Food Standards Agency (EFSA) has indicated that VIXEN CBD does not need a Novel Food Authorisation. VIXEN CBD does not undergo the extraction or purification techniques associated with novel foods, such as hemp oil that is subjected to supercritical CO2 extraction

close
close
Start typing to see products you are looking for.
Scroll To Top